The Convention on International Trade in Endangered Species (CITES) announced trade quotas governing the export of wild sturgeon and their prized caviar eggs from the Caspian Sea. The Pew Institute for Ocean Science has analyzed the quotas, which are re-set each year, and has determined that beluga caviar quotas are virtually unchanged from 2007 and do little to halt continued population declines.

Most sturgeon species are endangered, having been overfished nearly to extinction in pursuit of their caviar. Caviar is a prized delicacy that can fetch more than $100 an ounce, and the Caspian Sea is home to beluga sturgeon (Huso huso), whose eggs are considered to be among the finest in the world. Despite evidence that beluga sturgeon stocks have declined by a staggering 90 percent in the past 20 years, CITES’ 2008 export quotas again permit the fish and their eggs to be harvested. The sturgeon quota system was established to ensure that trade in sturgeon products would only be permitted from sustainable fisheries, but much evidence indicates the quotas do not reflect the urgent need for protection and the rampant illegal harvest and trade.

The United States banned import of beluga caviar in 2006 after listing beluga sturgeon under the U.S. Endangered Species Act.

“Once again, the range States have agreed upon beluga export quotas that are too permissive and that will jeopardize sturgeon survival in the wild,” said Dr. Ellen Pikitch, Executive Director of the Pew Institute for Ocean Science, a leader in the effort to safeguard sturgeon. “We cannot recommend purchasing any wild-caught caviar given the sorry state of sturgeon fisheries management.”

Sturgeon can grow up to 2,500 pounds and 15 feet long. They can take 15 years to reach reproductive age, and females of many sturgeon species reproduce only once every three to four years. The fish must be killed to harvest caviar, and global demand for its eggs has prompted overfishing and rampant illegal trade. As a result, sturgeons are vulnerable to overfishing and unable to recover quickly.

In 2007, quotas for beluga caviar were 3,761 kg and this year, the export quota is 3,700 kg. (This slight decrease reflects the absence of a quota for Turkmenistan, which is not a Party to CITES but in past years has been allocated an export quota through neighboring Kazakhstan). Since the beluga population in the Caspian Sea has certainly not increased or stabilized since 2007, the quotas should be reduced to reflect this. 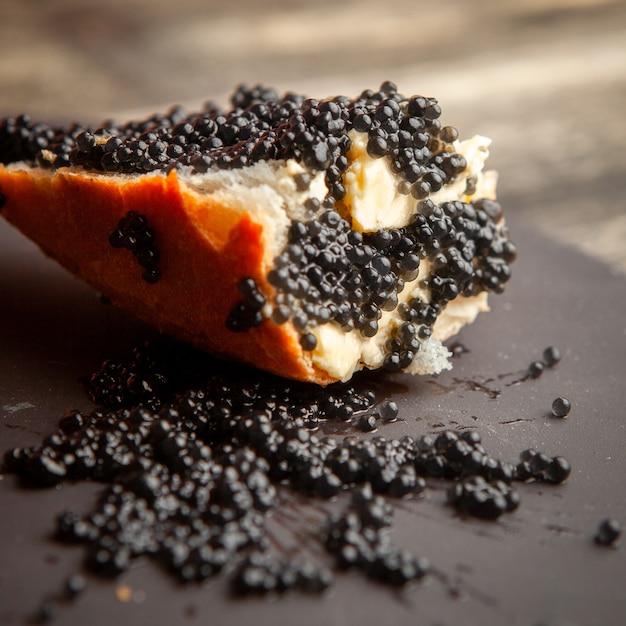 Caviar export quotas also decreased slightly for Russian sturgeon, from 27,630 kg in 2007 to 27,430 kg in 2008; and for sevruga sturgeon, which went from 20,337 kg to 18,200 kg, again reflecting the absence of quotas for Turkmenistan. Quotas for Persian sturgeon caviar dropped from 38,000 kg to 37,000 kg, and represent the only case in which a quota was voluntarily lowered. “We need to start setting quotas based on sound scientific evidence,” said Dr. Phaedra Doukakis, a research scientist with the Pew Institute. “For the quota system to be effective at conserving sturgeons in the wild, it must be justified by accurate information about wild populations.”

This year marks the first time that sturgeon and caviar quotas are governed by new regulations and review mechanisms established at a CITES conference last June. Interested parties are now empowered to request access to the scientific evidence that led to establishment of the quotas, and Dr. Doukakis said the Pew Institute will submit such a request to CITES regarding the 2008 Caspian Sea States sturgeon quotas.

In addition, the CITES Animals Committee will convene in April and hold its first meeting of international experts to review Caspian states’ scientific surveys of sturgeon populations. The Committee, which gained authority last June to conduct this assessment every three years, will examine whether the quota setting system is justifiable. The Pew Institute will look to the upcoming meeting (slated for April 19-24 in Geneva) to seek improvements in the stock assessment and quota setting process.

The Pew Institute has been pushing for a controlled and scientifically justified international caviar trade for several years. Pew Institute researchers are also using sophisticated field and laboratory techniques to determine the status of wild sturgeon populations and the extent of their exploitation, and have traveled to Kazakhstan and Russia to carry out their investigations.